Stories of Our Makers: Rich Meaux 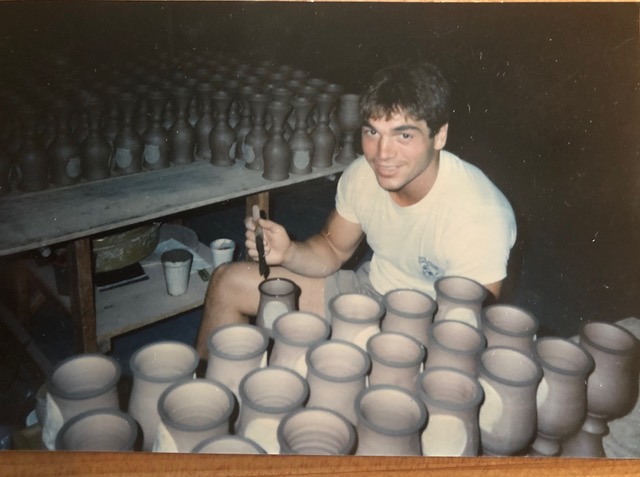 Stories of Our Makers: Rich Meaux Glaze: Industry: (We work with many different industries)

The next featured maker in this ongoing series is Rich Meaux. Rich started as an apprentice at the studio, rose through the ranks, and now owns a pottery studio of his own. He wrote up a little bit of his history and story with Deneen Pottery and sent it over for us to share. Read what he had to say below…

I began working at Deneen Pottery when I was 18 years old in November of 1976. Fresh out of high school I remember those first two winters in Minnesota were bitterly cold. I was hired as one of the first apprentices at the studio. My job was to work in varying positions and to fill in any place where I might be needed. I started working in the glaze area finishing glaze ware and loading kilns. I would tend kilns which back then meant manually watching each kiln to make sure it reached its peak temperature. I soon moved to the jigger machine and ran that for quite some time completing mugs with pulled handles, also plates and bowls. I also worked at the Renaissance Festival which taught me a great deal about the “business” of pottery. 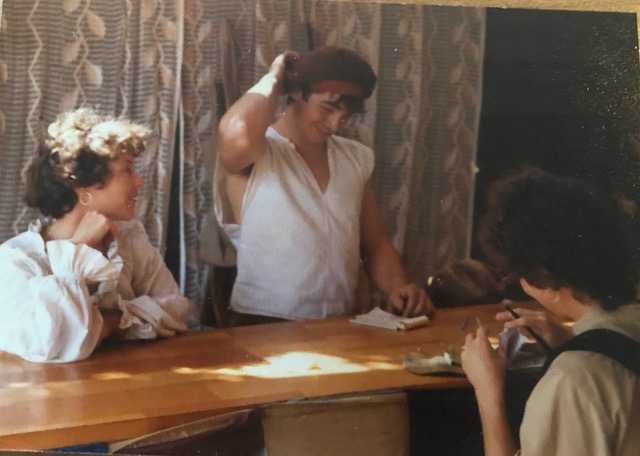 I eventually began to do the wheel work that Peter promised me he would let me try after I had fulfilled my promise to stay working at the pottery for a couple of years. I think my favorite form to make was the Batter Bowl, mostly because they were a popular item. I made a lot of them, and I saw one displayed in a kitchen scene for an old phone commercial broadcast in the Twin Cities.

My favorite aspect of working at Deneen Pottery was not just how much knowledge I acquired working at the studio, but the camaraderie that we shared in the studio setting. I always enjoyed the conversations we had while working, during breaks, or over lunch. I learned a great deal from the people I worked with, since they all had a great deal more experience at that time than I had, and there was much to learn from what we discussed regarding our craft.

I don’t think I would be the person I am today if I hadn’t followed the path I did in working for Peter and Mary. It inspired and paid for my college education. Today my wife and I run a pottery studio of our own, which would never have happened without my experience at the Deneen Studio. I give complete credit to Peter for my being where I am today. I learned all the aspects of running a pottery business by being his apprentice. To this day, I can not sit down to my potter’s wheel without my mind wandering back to the Deneen studio.